“Are you ready?” Steve shouted… “You take more time than girls!” He taunted waiting for Victor inside his messy flat as usual.

“C’mon Stevie! We’re late by 5 minutes. It’s not the end of the world! Relax…” Victor said in his casual carefree tone. Almost laughing at Steve’s concern.

“Do you really think Jessica will mind me getting late after doing it herself every freaking time?” Victor continued… “I am just a little worried of how things will go!”

“Easy smart ass… I am just worried about her… how she will react to my surprise. I don’t want to ruin her birthday!”

“So you’re worried if she’ll say a yes or no… right?” Steve asked again.

“Maybe… can we talk about this later?” Victor almost nettled.

“Let’s just leave and we can decide what to do in the way. And believe me, everything will be fine.” Steve smiled and moved out of the house, pulling Victor with him.

It was Jessica’s birthday. Jessica, the love of Victor’s life. She was Steve’s friend from High School, she met Victor in Steve’s birthday party. And Mr. Magnificent Victor didn’t take a second in asking her out. There was something about him that made her say a yes. Since that day they never had a problem. With a friend like Steve, things were just too good to be true. They were together for almost nine years and with every passing year Victor was falling deeper in love with her.

“Well… the plan is simple!” a grin covered Victor’s face.

“We kill the batman!” he laughed.

“Dude! Be serious! And FYI, that was the worst joker mimicry of all times!” Steve shouted.

“Then stop asking lame questions!! What has to be the plan? We wish her, we party, we dance and then you stop becoming a third wheel and leave the two of us alone in a romantic dinner which you have arranged so I can give her the birthday present and propose her to marry me!”  Victor said in a breath.

“I hope she does. That’s where the girls win over the freaking world, don’t they?” Victor said…

“For all I know, you two are a perfect match. She will say a yes for sure… Just think about it, what would have happened had I not thrown that party!?” Steve reassured Victor.

“I wouldn’t have met her in the first place. So yeah, all in all a good life.” Victor laughed again. He loved teasing people. Specially the two most important people in his life, Jessica and Steve.

It was all arranged. A romantic dinner, a mix tape of her favorite songs in the place she loved the most. Her favorite lilies, both in red and white as she liked.

The place was just right for the occasion, with a romantic ambience, dim lights and a slow music in the background. Her best friend and love… A strong bond of so many years… How could she possibly say a no tonight!

“Well… we’ve waited for two hours! She is nowhere to be seen! Even her phone is off!” Victor said… a little worried.

“It just proves that she is as lazy as you. Congrats, you found your match.” It was Steve’s turn to laugh.

“C’mon man, I am worried. Did you try calling her? Try again please.”

“Alright! Relax…” Steve said as he dialed her number again.

He returned after a few minutes. “Bad news bro! She can’t make it. Her aunt is real sick and she had to go to her place. Sorry!” Steve said as his smile turned into a frown.

“I know you’re worried about her aunt. We can’t even go see her, she lives too far from here.”

“Dude! I am sad that all these arrangements went in vain. I was going to propose to her today!” Victor said, looking at Steve, perplexed.

“Yeah… and a lot of money wasted too…” Steve added.

“No that’s on you. I didn’t spend a penny.” Victor laughed. “Anyway, let’s go. No network here in my phone anyway, I’ll call her when we get home.”

As they were on their way back, Steve stopped the car.

“Sure.” Victor said as Steve went out to soon be out of his sight.

“Hey. I hope you know how much he loves you and needs you. I wish I could change things, but I can’t. I miss you.” Steve said in a very low voice. His face was doleful… he tried to control but that one tear still managed to escape his eye. He stepped ahead and put the lilies near the stone… the stone which said. Jessica Clark (1988 – 2011).

Two years back, on this very day, Victor had planned to propose Jessica as her birthday gift. Steve had made all the arrangements when he got the news that Jessica met with an accident on her way to the restaurant and died on the spot. Composed as ever, Steve managed to bear the news but it was too much for Victor. For him it was a trauma that has held him since that day. His life continued to almost be the same, except for the fact that he could never bring himself to face the truth that Jessica was no more. For him, every year was the same as that year. Life for him, was just a repetitive event.

“Man you took time! Got a secret girlfriend there?” Victor mocked as Steve made his way back in the car.

“No. But I wish what you say becomes true soon.” Steve laughed, hiding everything else beneath that smile… as they rode back towards home. 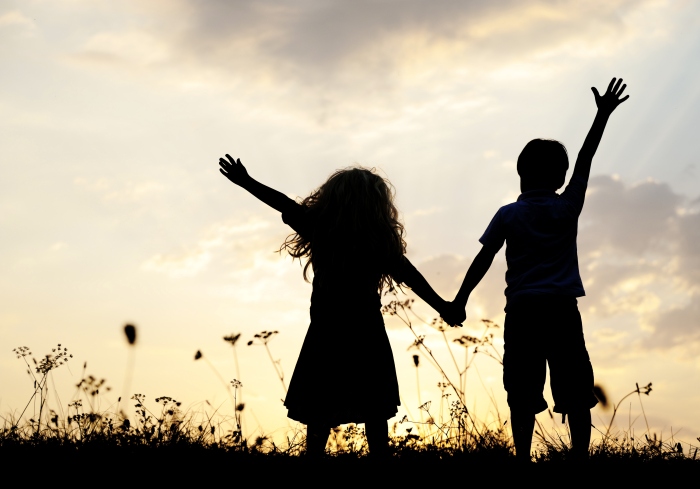 Friendship is a single soul dwelling in two bodies.

Thanks for reading. This story has been published in the January issue of the Storizen Magazine. You can read the awesome mag here: http://issuu.com/storizen/docs/jan2014

8 thoughts on “The birthday present.”